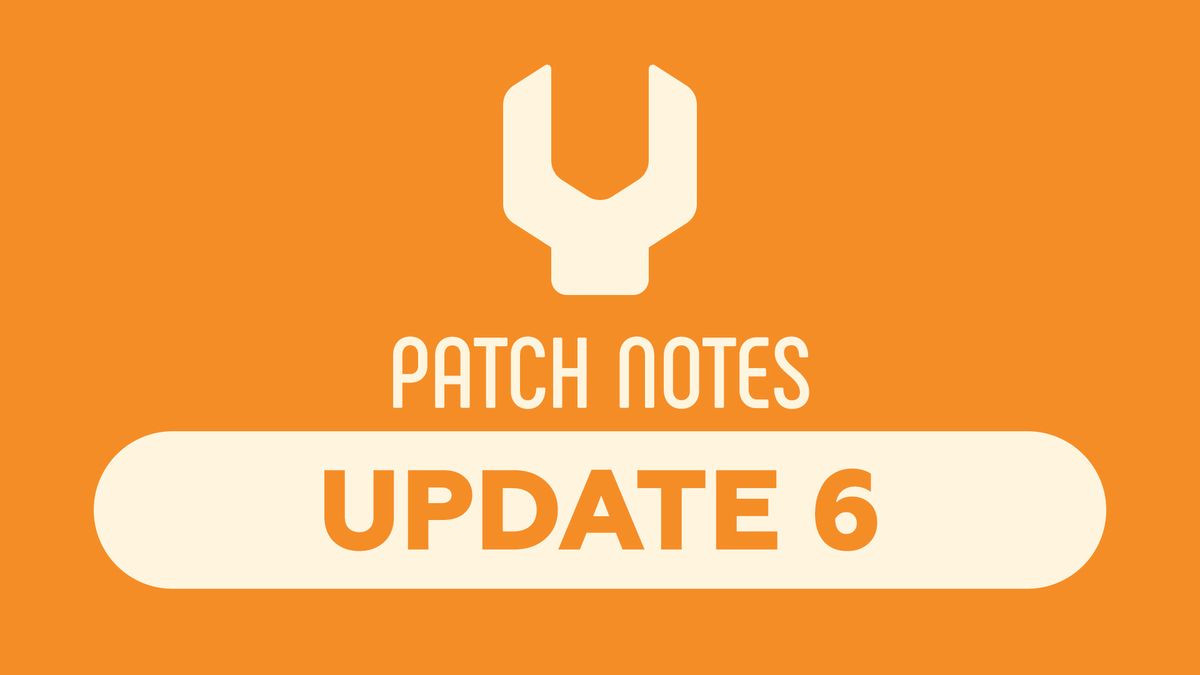 11/14/2022 - Update 6 Hotfix - Our backend provider is updating some software on 11/15 at 8AM PST and we'll be updating the game on Steam to support that change. The Xbox and Windows Store versions of the game will follow with an update later in the day.

In addition to the backend changes, this hotfix also adds Discord integration for all of the Windows versions of the game (Steam and Microsoft Store), so you can send invites in Discord DMs or in Discord channels.

We've also added full Steam Deck support. That's right, the little icon next to The Anacrusis in Steam is green instead of yellow now. If you find Steam Deck-related bugs, please let us know.

We have a big patch for you all today, and some huge changes for the game. Update six is adding a ton of new weapons to the game, our first beta release of Episode 4, Holdout Mode version 3, some massive performance improvements, and moving the game from a dedicated server-based architecture to a peer-to-peer setup.

Let's talk about the big change up front--we're moving from a dedicated server back end to peer-to-peer hosted games. We've been testing this extensively over the last few months, and we think it's a pretty significant win for all of our players, especially folks in regions that were far from our dedicated servers. If you're in Asia, Australia, South America, or Africa, playing multiplayer games with friends in your region will feel much better. Even if you were just a few thousand miles from a dedicated server playing with friends in your city, your experience should be noticeably better.

The bad news is that the shift to peer-to-peer requires that we temporarily disable a couple of key features--multiplayer on the Microsoft platforms (Xbox and Microsoft Store) and progression on the Infinity Pass.

Unfortunately, multiplayer on the Microsoft platforms (Xbox and Microsoft Store) isn't working properly while we sort out some back end issues. We're really sorry for the downtime and resolving it is our number one priority and we'll keep this post updated with progress as we work through the issue next week.

With the big changes aside, it's time for the patch notes.

There’s a ton of other good stuff in this update, so here are the high points.

We got the message. You all want guns. LOTS of guns! To dramatically increase the number of available weapons, we’ve added a modular weapon system to The Anacrusis. We broke each of the base weapons, Plasma Rifle, SMB, and Blaster, into 5 pieces and built multiple versions of each piece. Those pieces, the receiver, grip, sights, magazine, and barrel, each have unique characteristics and can be combined in different ways to add a massive amount of variation in the available weapons.

To see what components are on each weapon, we’ve added a new user interface widget that highlights the components that make up the weapons you find. Players can press Tab for a more detailed look at their weapon breakdown.

The weapons modification system is our first pass on this system, and we’re excited about how it turned out. That said, it is a first pass and we expect to experiment with everything about it in the coming months--including but not limited to how we distribute the modifications, whether we distribute individual mods or only bundle them in weapons, whether you can remove or share mods, and more.

We’ve released what we’re dubbing the Super Beta version of Episode 4 with this update. In Episode 4, our heroes learn that the aliens don’t have faster-than-light technology. They realize that destroying the Isolode’s FTL drive will prevent it from falling into the aliens' hands and help protect the rest of humanity from the threat.

We’ve made significant updates to the game’s performance on all platforms. We’ve optimized the alien horde, which dramatically reduced microstutter on all systems. Everyone should see a much smoother feeling experience, whether you’re playing on a launch Xbox One or a top-of-the-line PC.

We’ve also made some significant progress on load times, optimizing them for both spinning platter machines and SSDs. If your load times were more than 90 seconds before, expect to see them drop into the 10-20 second range on most hardware, including the Xbox One.

We’re shipping our third major revision to Holdout mode since it launched earlier this year. Instead of an infinite challenge, this iteration is a quicker game with 5 rounds. The first four rounds each end with a capture point and crescendo, after which you have a moment of peace to heal, rearm, and collect perks and other rewards. The fifth round is a boss fight at the end, with a bigger, badder, much more dangerous super Brute.