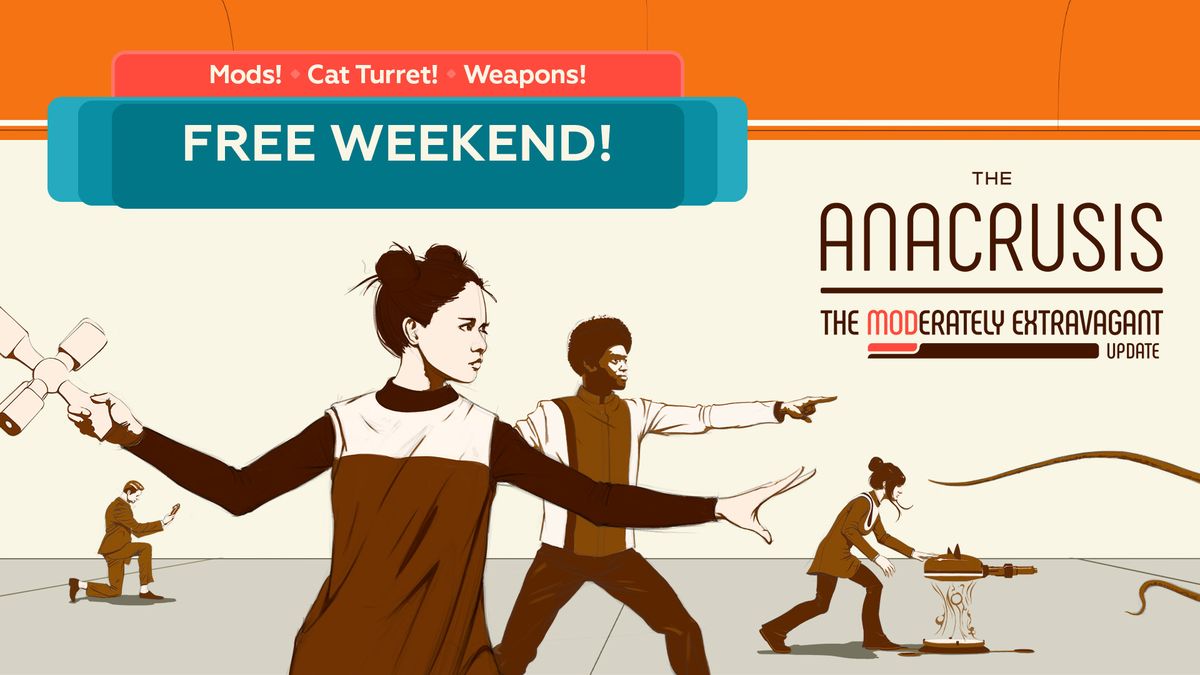 This is a huge update for The Anacrusis, something we’ve been working toward since well before launch. With Update 5, we’re finally ready to share our first two user-created mod campaigns! That’s right, with Update 5, you’ll be able to play Cosmos Bridge, by Jim Partridge, and Stray Bay, by CJ Sharkey! The mod campaigns are available on all platforms and just like the rest of the game, they support full cross-play, so you can play with your friends regardless of platform!

(If you’re interested in creating mod content for The Anacrusis, join our Discord and sign up on the Mod Tools beta form. We’re adding new folks to the beta for the tools every day now.)

To celebrate, we’re kicking off our first Steam sale and a Steam Free Weekend. That means it’s a great time to get your friends into The Anacrusis. Because we have full cross-play, whether you’re on Steam, Xbox Series X or S, Xbox One, or the Microsoft Store, you can play with your friends on whatever platform they play on. And everyone who completes episodes during the free weekend will get some special treats--custom sunglasses for each character as well as the fabled cat turret skin!

We kicked off the first week of this patch cycle with an internal game jam, where we broke up into several different teams and each worked on some new aspect of the game. Some of that work will ship in future updates, but this update, we’re shipping…

We built a bunch of new weapons modifications in the game jam, and we love the way they work, but we aren’t exactly sure where they fit in the game. To help us understand better how they fit in our combat sandbox and get the earliest-possible feedback from players, we wanted to get them out where you can play with them ASAP. Some may become main weapons, some may be special weapons, and some might be majorly reworked, but for now you can access a handful of them in special matter compilers you’ll find in the Episode 1 and Episode 3 finales as well as in Holdout mode.

Suggestions From the Community

The Rest of the Changes

There’s a bunch of smaller changes that go into every patch, so here’s a mostly complete list.